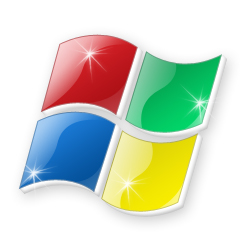 WWindows Shared Hosting
The hosting service must include system administration since it is shared by many users; this is a benefit for users who do not want to deal with it, but a hindrance to power users who want more control. In general shared hosting will be inappropriate for users who require extensive software development outside what the hosting provider supports. Almost all applications intended to be on a standard web server work fine with a shared web hosting service. But on the other hand, shared hosting is cheaper than other types of hosting such as dedicated server hosting. Shared hosting usually has usage limits and hosting providers should have extensive reliability features in place.[1] Shared hosting typically uses a web-based control panel system, such as cPanel, DirectAdmin, Plesk, InterWorx, H-Sphere or one of many other control panel products. Most of the large hosting companies use their own custom developed control panel.Control panels and web interfaces can cause controversy however, since web hosting companies sometimes sell the right to use their control panel system to others. Attempting to recreate the functionality of a specific control panel is common, which leads to many lawsuits over patent infringement.[2]

In shared hosting, the provider is generally responsible for managing servers, installing server software, security updates, technical support, and other aspects of the service. Most servers are based on the Linux operating system and LAMP (software bundle), which is driven by the reliability and security of open source software such as Linux and Apache (the ‘L’ and ‘A’ of LAMP). Some providers offer Microsoft Windows-based or FreeBSD-based solutions. For example, the Plesk control panel is available for two operating systems, Linux and Windows. Server-side facilities for either OS have similar functionality (for example: MySQL (database) and many server-side programming languages (such as the widely used PHP web programming language) under Linux, or the proprietary SQL Server (database) and ASP.NET programming language under Windows).